After launching almost a decade ago, the transportation network corporations Uber and Lyft rapidly expanded their operations into cities around the world, disrupting taxi unions, degrading labour rights and diminishing public transit ridership. While “uber-capitalism” was incubated in the USA, the global system’s technological-core, ride-hailing corporations are emerging around the world, and workers from New York City to Jakarta are organizing to challenge their deleterious social effects. In this session of The Capitalism Workshop, Bronwyn Frey examines some of the worker organizational strategies emerging within Indonesia’s vast informal transportation sector, where precarity is longstanding and perhaps less exceptional than in the West. Frey highlights how motorcycle taxi (ojek) drivers in the city of Bandung are collectively responding to the precarious platform labour regime of Go-Jek, a major Indonesian ride-hailing firm. Although highly antagonistic towards each other, ojek pangkalan (older-style informal-sector drivers) and HDBR (a grassroots app-based driver association) use similar organizational strategies to establish claims to their working lives and challenge Go-Jek. Informality in Indonesia thus offers forms of social security in a platform labour context that add to Euro-American mobilization repertoires such as policy change and platform cooperativism. By examining informal organization repertoires among app-based and older-style ojek drivers, this session contributes to knowledge about capitalism by considering how precarity is produced, experienced, and challenged. Herman Rosenfeld (TTC Riders, Free Transit Toronto) will then speak to how municipal struggles for bigger and better public transit might be one way of contesting the uber-capitalism.

UCLA Labor Centre. (2018). More than a Gig: A Survey of Ride-Hailing Drivers in Los Angeles.

Michele Ford and Vivan Honan. (2016). “The Go-Jek Effect.” Inside Indonesia

Bronwyn Frey is a PhD student in Sociocultural Anthropology at the University of Toronto. Her broad interest in the relation between culture, labour, and new technology have led her to Indonesia’s ride-hailing economy and, currently, food delivery in Berlin. More specifically, she is interested in how the social and political contexts of urban settings determine the development of platform capitalism. She is a member of the University of Toronto’s Ethnography Lab and the Berlin-based Urban Ethnography Lab at the Georg Simmel Centre. 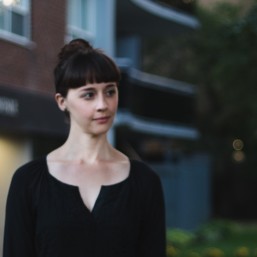